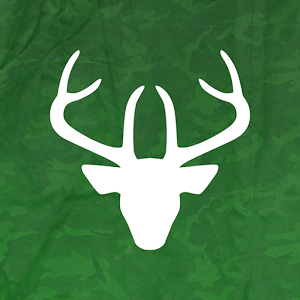 “Taxidermy has a very rich history, most folks don’t know that”, says Russell. For the past 38 years he has been “preserving natural history” and at his shop , Knight's Taxidermy in Anchorage, he proudly says there’s nothing that his crew cannot cope with. In fact he’s so confident in that statement he’s starred in his own History Channel TV show, Mounted in Alaska, which looks at game hunting and taxidermy. Now Russell’s love of hunting, his art and desire to help others goes mobile with the launch of his first app.

Within the app itself Russell provides a step by step tutorial with pictures and voice instructions so you can learn the proper techniques to handle your big game trophy while you are in the field. Described as the ultimate tool to have in the field, Skin A Buck will help you learn to skin like a professional and help you produce your taxidermy mount of a lifetime.

Commenting on the launch of Skin A Buck, Russell said, “I remember my first mount like yesterday. It was a red fox shoulder mount and I was so proud of it that I ran next door to show my neighbours. It looked so bad that the first thing they did was take a look at it and burst out laughing. You have to have thick skin when you’re a taxidermist because everybody is a critic. I have produced Skin A Buck to give hunters everywhere the very best opportunity to really enjoy their hunting and preservation of natural history, and also to prevent them from being laughed at by their neighbours”.

Over the next few weeks and months an ever expanding catalogue of animals will be added to the app and an in-app purchase will enable the user to unlock the specific animals they wish to hunt.

Hugh Bawtree, CEO of Bawtree Software, commented, "We are delighted to see yet another product complete its journey to the app world. It has been a pleasure to work with Russell on the project and, although our development experience covers a very wide number of sectors, we really enjoyed working on a project which is driven by Russell’s energy, passion and enthusiasm for the art of taxidermy”.

Skin A Buck is available worldwide as a free download from Google Play at https://play.google.com/store/apps/details?id=com.knightstaxidermy.skinabuck. The free version comes with the guide for skinning a brown bear and users can unlock “how to” guides for other animals via an in-app purchase for 99c each.

Russell Knight is a master craftsman and a true pioneer of taxidermy. His company, Knight’s Taxidermy is based in Anchorage, Alaska but Russell’s journey to the far north-west is an adventure that started some 40 years ago and 6000 miles away in a small Mississippi town. Aged just 13, Russell spotted a magazine advertisement for a mail-in course to get a taxidermy license and, as they say, the rest is history. Five years later, he and his high school sweetheart headed north for Alaska where he found employment as a full-time taxidermist. By 1979 Russell had won his first national competition and started to get the recognition that would launch him to the top of his game. Russell is an avid outdoorsman, a visionary for the preservation of natural history and a pioneering entrepreneur. He is also a published author, civil war buff and proud conservationist. He lives in Anchorage with his high school sweetheart and now wife of 29 years, Jerri. For more information please visit www.knightstaxidermy.com or follow Russell on Twitter @Russell_Knight.

Skin A Buck for Apple is out now...

All that to create an app?