Think of the ultimate rivalry — in football the Bears and the Packers, in drinks Coke and Pepsi, in baseball the Yankees and the Mets ...

The Ever Growing Apple

This week Apple did the usual Apple thing and took the world by surprise. No, they haven't launched something new and sexy — although there are plenty or rumours around about that which I’ll touch on later — but it was their financial report.

They posted a near-as-damn-it 40% margin and had earnings of around ...

Bawtree Software, the Canadian BC Interior based mobile application specialist, has just launched The Boyfriend Log into the Apple App Store — the iPhone app, a unique journaling app designed to empower women to take better emotional care of themselves by ...

We've been working for the last few months with LA based best selling author, Linda Sivertsen on her Boyfriend Log iPhone app project.

Right now she's in New York on the media trail readying the world for the official launch in Apple's App Store but, here's a sneak peek of ... 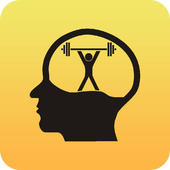 Is making up a story just to get exposure acceptable? It's not a new phenomenon, but it doesn't make it right. A story about this appeared a couple of months back in the New York Times http://nyti.ms/18mlaj2. So, are there different levels on a scale of 1 to 10 for ...